Portuguese journalists were surprised by the episode during the opening match of the national team at the World Cup with Ghana. A Bola published a video showing Cristiano Ronaldo right during the game directly on the field eats an energy supplement.

Cristiano needed to refresh himself without leaving the lawn. At this moment, the operator continued to keep the star Portuguese in the frame. Ronaldo, who was in the penalty area of ​​the Ghanaians, who at that moment no longer actively participated in the episode, since the goalkeeper fixed the ball, looked for something in his shorts for several seconds, and then chewed on the run and continued the game.

Recall that on November 24, the Portuguese national team defeated the national team of Ghana with a score of 3: 2. Ronaldo converted a penalty in the 65th minute to become the first player in history to score in five World Cups. 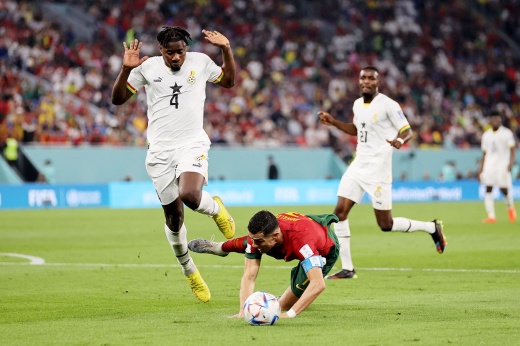 “This is not even close to a violation. And this is the World Cup!” Referees drag Ronaldo from the first match?

About Lee Michaelis 25036 Articles
Before starting GamingDeputy, I used to spend my day modding games and searching for new wallpapers. A vivid writer and a blogger. I enjoy giving tech support to people in help (mostly my brother). Racing, MMO, RTS games are my favs.