Robert Kubica ended the season in a Formula 1 car with a performance in the first practice before the Abu Dhabi GP, in which he finished 14th. It seemed that this was the last session with the participation of the Polish driver, who had already announced that he intended to focus on car racing. I am realistic about what is possible. That’s why I see my future in endurance racing.

See the video
The coach of Polish ski jumpers pointed out a key change after last season’s defeat. “It’s a great advantage”

Robert Kubica with a chance for one more appearance in an F1 car. The driver can take part in Pirelli tire tests

It turns out that the Pole can still present himself in an F1 car in the near future. All thanks to Pirelli tire tests, scheduled at the French Paul Ricard track on December 3-4. Alfa Romeo will take part in the tire tests, which opens up a chance for Kubica. The driver has been the team’s test driver since 2020, and last season he appeared for the team in four training sessions. This would be the second opportunity to test Pirelli tyres. The Pole has already participated in tests in April this year.

The first tests took place on Tuesday, but the manufacturers are not entirely satisfied with their tyres. In December they are going to try out a new compound for dry and wet surfaces. Two days after the tests with Alfa Romeo, there will be test races with Ferrari drivers.

Officially: A new driver in Formula 1. He had to tremble for his contract until the end

This year’s Formula 1 season ended with weekend competitions in Abu Dhabi. Red Bull driver Max Verstappen has long been confident of a second consecutive world title. The Dutchman ended the year with a 15th victory, with Charles Leclerc crossing the finish line behind him. The Ferrari driver thus secured second place at the end of the season. The third place was taken by Sergio Perez of Red Bull, who finished the competition for the world championship on the lowest step of the podium. 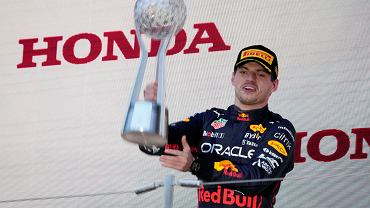 This F1 season has become a legend. Quadruple Last Dance
About Lee Michaelis 25034 Articles
Before starting GamingDeputy, I used to spend my day modding games and searching for new wallpapers. A vivid writer and a blogger. I enjoy giving tech support to people in help (mostly my brother). Racing, MMO, RTS games are my favs.