The Porsche headquarters employee revealed to Alex that the officials already knew about the problem, but they did not inform the customer and the local government, but were quietly dealing with the problem-measures include banning the battery cell in question and secretly replacing the battery. There is even a dedicated person in Porsche who counts and monitors the situation of the vehicle in question, in order to reduce the possibility of accidents as much as possible.

After the news was exposed, foreign media teslarati asked Porsche for verification, and the reply was as follows:

“I checked with our R&D department in Weissach, and all claims were unfounded. Based on this information, we were unable to confirm any problems.”

After the report was released, it caused intense discussion on teslarati’s website. Some netizens believe that the credibility of anonymous sources is not high, but some netizens pointed out that Volkswagen Group did have an emission gate incident, and media reports are not necessarily false.

Alex has been living in Germany. He has worked in the automotive supply chain industry before and has a certain understanding of automobiles. He also has public oil pipe and Twitter accounts. He said that the purpose of writing the report was to let more people know the inside story, and the reason why the aforementioned Porsche employees broke the news was that they didn’t want to see Porsche become a catastrophe due to battery risks.

So far, there is no clear conclusion on this incident, and the car will always pay attention to the progress of the incident.

1. The battery may be overcharged. The first electric car has a safety risk

The Porsche Taycan is the brand’s first pure electric car. So far, this car has sold more than 60,000 vehicles worldwide. This incident is centered on this car.

An employee at the Porsche headquarters in Zuffenhausen, Germany, revealed to Alex the battery risks of the Porsche Taycan.

Alex wrote in the report that Taycan uses an 800V high-voltage architecture, which brings a faster charging speed, but due to its advanced technology, its stability is not as good as Tesla’s 400V architecture or the low-voltage architecture used by other manufacturers. In order to shorten the charging time, the batteries inside the vehicle are connected in parallel, but it also brings about the problem that some batteries charge faster than others.

In order to save costs, Porsche chose a relatively cheap car charger. In addition, Porsche does not control the Taycan charging process very well. Therefore, some batteries may be overcharged, which will cause the batteries to overheat. If the problem is more serious, it will cause a fire.

This problem does not only occur during fast charging, it can also occur even when charging with 7.5kW power (the power of a household charging station).

As the number of times the car charger works increases, the probability of battery problems will further increase, and even the entire battery pack needs to be replaced. According to Porsche headquarters employees, about 60% of Taycans delivered (that is, 36,000 units) may have overheated batteries, and 1% of these 60% vehicles (about 360 units) have problems. .

He said that these data come from Porsche, and the official is constantly updating these data to keep abreast of the latest safety conditions.

Alex wrote in the report that there has indeed been a Taycan spontaneous combustion and explosion accident in the United States. Porsche officials have recognized the existence of this problem, but they have not notified users and the local government. Even Porsche does not plan to replace Taycan with a new car charger, but continues to transport and sell Taycan with potential safety hazards.

▲Porsche Taycan had a spontaneous combustion explosion in the United States

2. The official understands the risks and handles the vehicle privately

Although the car charger has not been replaced, Porsche has also taken certain measures to prevent large-scale safety issues.

The Porsche headquarters employee told Alex that in order to ensure safety, Porsche officials will disable overheated (that is, problematic) batteries and isolate them from the entire battery pack. The result of this is that the capacity of the battery pack will also be reduced, which in turn will reduce the mileage of the vehicle.

For models with reduced endurance, Porsche will unlock the reserved battery capacity so that the endurance of the vehicle will make up for it, allowing customers to believe that there is no problem with the vehicle.

Alex said that although the affected cells will no longer be used, as the charger continues to work, new problems will inevitably occur in the vehicle’s battery.

In this case, Porsche officials and dealers will secretly repair the vehicle, but will not inform the owner of the specific problem. The dealer and Porsche have a strict confidentiality agreement. If the dealer violates it, the Porsche certification will be lost.

Porsche headquarters employees told Alex that Porsche and dealers would divide the Taycan models with problems into three groups, namely:

Red-parts need to be replaced.

Among the three types of vehicles, the one marked in red will receive a new battery module or battery pack and be replaced.

But the Porsche employee revealed to Alex that not all customers marked in red will be notified that their battery modules have been replaced. The Porsche headquarters employee believes that this is why it is difficult to prove that Porsche is deceiving customers and misleading the public. However, in this employee’s view, as long as the charger is not changed, the same problem will still occur when replacing batteries and modules.

The employees of the headquarters told Alex that even if no repairs were carried out, but the battery module was replaced, Porsche would charge this way. There are 33 battery modules inside Taycan, and each module has 12 batteries, which adds up to a total of 396 batteries. Even if the vehicle is covered by the warranty, customers will also bring high amounts to Porsche by paying labor costs. Service and maintenance profit. 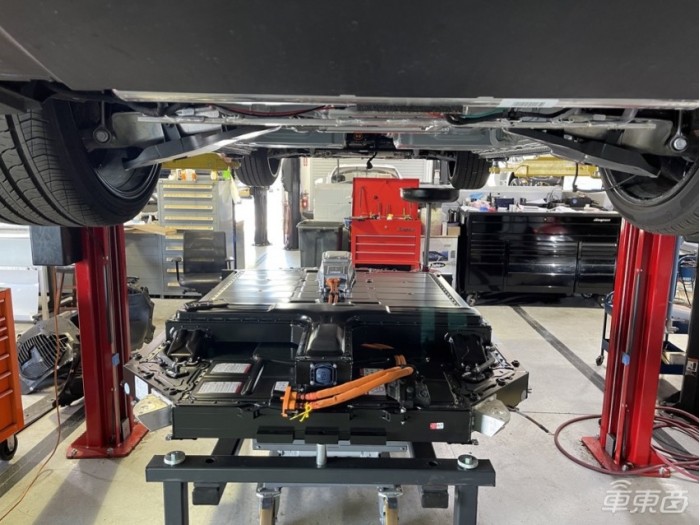 In the view of this Porsche headquarters employee, the solution does not need to be so complicated. The 70 Euro (about RMB 505) car charger provided by another reputable supplier can solve this problem well. So far, Porsche does not plan to replace the hardware.

He thinks this may be due to cost considerations. In the automotive industry, seemingly small additional costs will eventually become a large expenditure, and the target cost is a key indicator of the team’s success. Other sources have also stated to Alex that in the Taycan development process, meeting the target cost has always been a huge challenge, which may be the reason why Porsche chose a cheap charger.

One reason for this is the high cost of such operations. On the other hand, the 60,000 Taycans that have been delivered will undergo expensive repairs, tests and hardware modifications, which will affect Porsche’s reputation.

In addition, the foreign media Teslarati also contacted Porsche and received feedback on November 23: “I checked with our R&D department in Weissach, and all claims lack basis. Based on this information, we cannot confirm. any problem.” 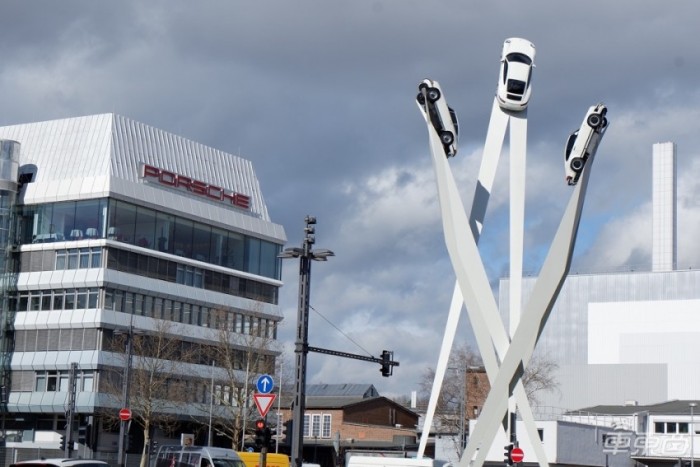 After seeing Porsche’s feedback, the Porsche headquarters employee said in a phone call with Alex that this incident only involved a small team. There were many people in Porsche who did not understand the matter. Porsche responded to him like this. It’s not surprising.

Alex said in the article that the headquarter employee also revealed more details on the phone, but a Porsche employee could no longer find a job in the auto industry after leaking information, so the author did not disclose these details in order to protect the whistleblower.

3. It is recommended that users monitor the battery status and refused Tesla’s help

He said that although Porsche has also given an 8-year warranty of 160,000 kilometers, the premise is that users must strictly abide by battery usage regulations. For example, a vehicle parked for more than two weeks should be connected to a charger, and the customer must ensure that the Taycan’s charging status is maintained between 20% and 50%, and that it cannot be continuously exposed to the sun.

If users do not comply, the warranty period will be reduced to 3 years and 60,000 kilometers.

Earlier, some problems with the Porsche Taycan have caused an investigation by the US regulatory agency NHTSA. The latter noticed 9 complaints from Taycan owners at the beginning of this year and initiated a preliminary investigation against Taycan, believing that the car’s 12V battery will suddenly discharge. It may cause the vehicle to stop suddenly.

Immediately, Porsche recalled 43,000 Taycans to the shop for repairs. 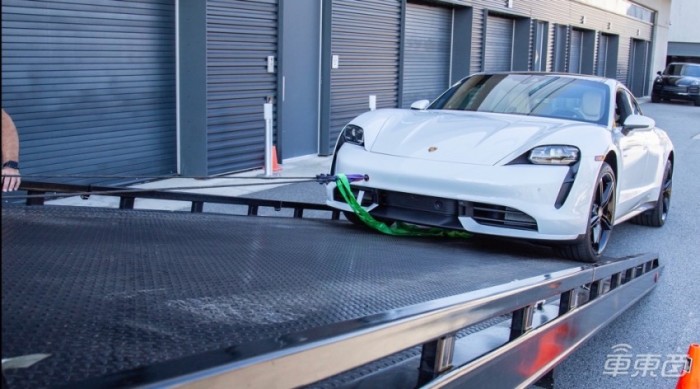 Alex said that both Audi e-tron GT and Porsche Taycan are produced on the PPE platform, but Audi chose a better car charger. The Porsche headquarters employee also said that the Audi e-tron GT does not have this problem, but does not understand why Porsche does not learn from the Audi team in this regard.

In addition, he also revealed a very interesting thing: Many years ago, Tesla offered to help Porsche develop a battery management system, but Porsche rejected it; about three years ago, Porsche asked whether Tesla through Audi Can help, but this time Tesla also chose to refuse.

The Porsche headquarters employee believes that Tesla has always been willing to help Porsche, but the problem today is purely because of Porsche’s arrogance.

At present, there is no way to confirm whether this revelation is true, and we need to wait for further investigation to get the answer. But this incident also reflects the importance of battery safety in the new energy vehicle industry.

The current competition of smart electric vehicles has gradually shifted to the aspect of intelligence, but at the most fundamental level, the safety of power batteries is still the top priority.

About Eshan William 25622 Articles
A 25 years old blogger. Other than gaming, I like watching documentaries and working on cars. A hardcore PC gamer is what I have always been and always will be.