“Let’s punish the judges with a ruble for mistakes.” Ivanov – about the idea of ​​a paid appeal to the ESC

Ural President Grigory Ivanov spoke about the idea of ​​introducing a monetary fee for applying to the Expert Referee Commission of the Russian Football Union (ESC RFU). In his opinion, if such a measure is introduced, it is also necessary to introduce financial punishment for arbitrators for errors.

“The idea of ​​a paid appeal to the ESC? Listen, well, if we are offered to pay money, then let’s punish the judges with a ruble for every mistake.

It seems that now they are talking about 50 thousand for one complaint? It turns out that if the ESC decides that there was a mistake, then this money is returned to you, and if not, then they go to the RFU. Again skewed to one side! That is, you either go “to zero”, or you lose something. Let’s then pay the club from above 50 thousand, if there was a mistake! – quotes the words of Ivanov “Match TV”.

Earlier, information appeared in the media that in the near future, appeals to the RFU ESC may become paid. 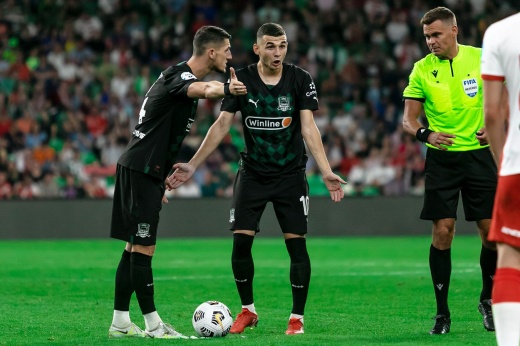 “Krasnodar” “wet”, and “Spartak” dragged? Table of gross errors of judges after three rounds of the RPL

About Lee Michaelis 142826 Articles
Before starting GamingDeputy, I used to spend my day modding games and searching for new wallpapers. A vivid writer and a blogger. I enjoy giving tech support to people in help (mostly my brother). Racing, MMO, RTS games are my favs.