Two months ago, information about the next NUC sets from Intel appeared on the network. I am talking exactly about the construction of the Intel NUC 12 Serpent Canyon, which was to be equipped with, among others in a 14-core and 20-thread Intel Core i7-12700H processor and a dedicated Intel ARC A770M graphics chip (in the highest configuration). As it turns out, today the first sets hit the sales lists, so we can share with you information about the prices of these sets.

The first sets of Intel NUC 12 Serpent Canyon hit the sales lists, hence we can share information about the prices of these sets. 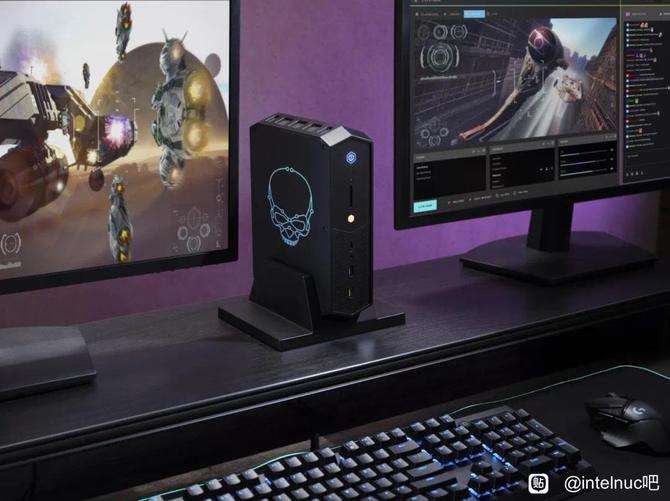 The Intel NUC 12 Serpent Canyon computer set will offer powerful (as for the case size of 2.5 liters) components. In addition to the aforementioned processor and graphics card, the set will also receive 16 GB of RAM. In addition, customers will be able to choose between three models of graphics cards, namely A550M, A730M and A770M, as well as between processors from the Intel Core i5 / i7 family. Depending on the variant, the set is to be available at prices from $ 1042. (from about PLN 5,000) and above. The model equipped with an Intel Core i7 processor and the Intel ARC A730M graphics system will, in turn, cost ~ $ 1,471 (about PLN 7,000). 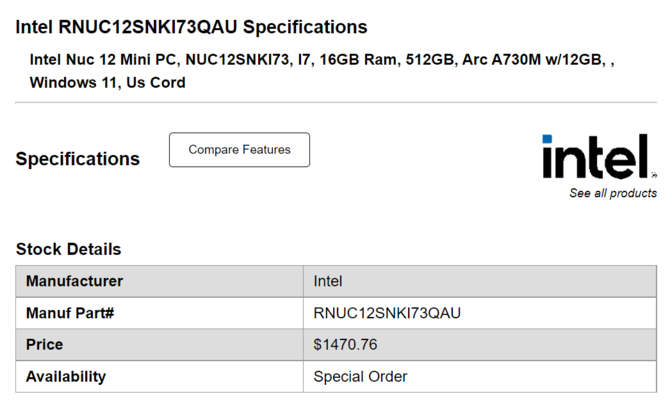 Finally, it is worth recalling that the Intel NUC 12 Serpent Canyon will be the first PC set to feature DisplayPort 2.0 ports, and there will also be HDMI 2.1. Intel has prepared the possibility of working with a wired (Ethernet RJ-45 2.5 Gbit) or wireless Internet network (Intel WiFi 6E). It seems that since the sets have already appeared on the sales lists, they are only weeks away from the store debut.