Despite the fact that for almost a year Apple has not been supplying its devices to Russia, the offer of iPhones, iPads, Macs and other gadgets has not decreased. Moreover, many positions became even cheaper than they could be if the pricing was controlled by the company itself. However parallel import, thanks to which it was possible to maintain the assortment and reasonable prices, nevertheless had an impact on the Russian market. As a result, the terms of the purchase of branded Apple technology a few have changed, and it would be better to know about some of the nuances in advance.

In Russian stores, there may be iPhones that have a SIM card out of the box. This is fine

We are all used to iPhone in Russia, despite the fact that they come here on parallel imports, these are the same devices as they were in the past. They are no different from the Rostest ones, except perhaps the right to contact an authorized service center for service and, in some cases, the power adapter that comes with them, unsuitable for European sockets.

SIM card in the new iPhone 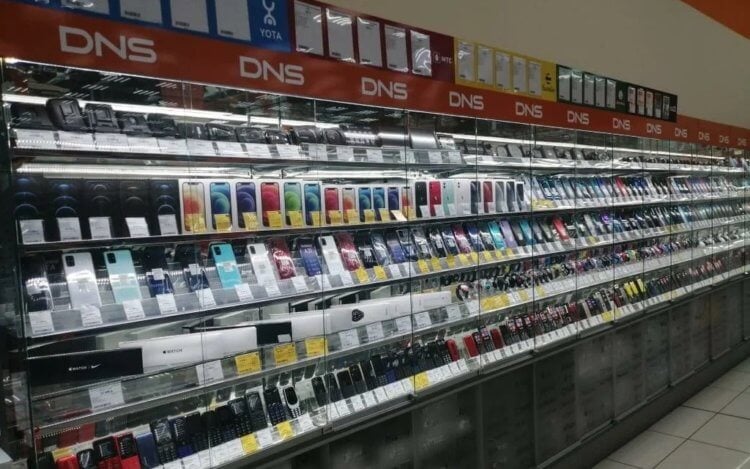 You can treat CSN as you like, but these guys do not sell used equipment under the guise of new

However, recently the situation has begun to be complicated by the fact that on sale they began to meet iPhone with SIM cards already installed. It is about such a situation on Flamp (2GIS service with reviews) told customer from Novosibirsk. According to her, she bought online CSN smartphone Applein which a SIM card has already been inserted. Looking ahead, let’s say that the review has already been changed, but the original text is still stayed in google cache. This is what the first version looks like (punctuation and spelling of the author are preserved):

Bought a phone from CSN, opened the package in front of us, they asked for a new iPhone, according to the documents and the check, everything is exactly like that. At home they started using it, and they found a SIM card in the SIM card slot. I found the name of the owner on the getcontact, there was also her photograph, I found the VK page on it and she confirmed that she was selling her phone, but definitely not handed it over to the store. It’s one thing to sell iPhone like new and they warn that it is restored or was used, but here they simply misinformed, this is a scam. 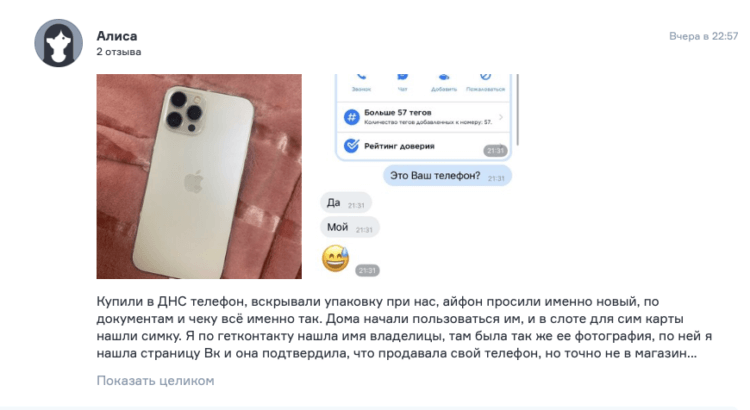 This is the same review.

Representatives of the CSN almost immediately responded to the claim and asked the customer for details of the purchase in order to check everything. As specified in the store, the likelihood of selling a used device in retail is basically excluded, because the network does not sell used equipment. But after all, a person could not invent all this on the go, right?

Personally, almost everything became clear to me even before the representatives of the CSN figured everything out. In fairness, we cannot say for sure what the outcome of the proceedings was. But there is no doubt that the buyer fantasized a little – at least in part number checks in GetContact – I personally did not have it from the very beginning. Thanks for the photo of the same sim cards on iphonewhich she attached to the review. 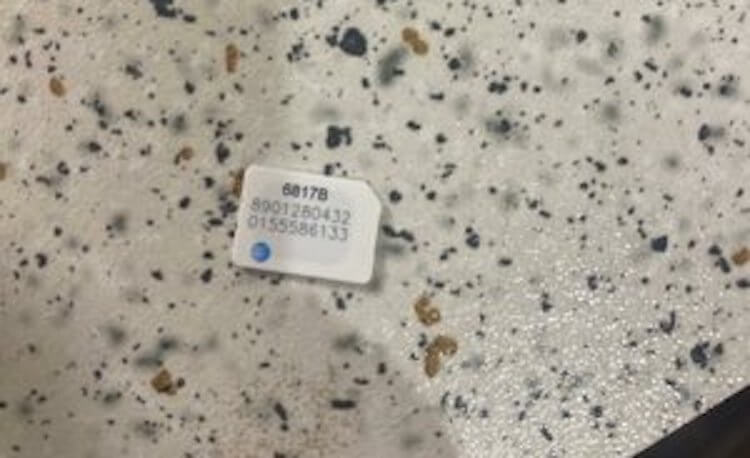 This is a photo of the same SIM card that the buyer attached to the review.

For people who are more or less aware of what the logos of non-Russian cellular network operators look like, it will not be difficult to recognize the SIM card of the American operator AT&T in the photo. Check room ownershiprecorded on this card, in principle, it is possible through GetContact, but it is perhaps more difficult to be happy to find a Russian-speaking user at the other end than to imagine a person who sold his device with a SIM card to someone, who then came from the USA to Russia.

I don’t know at what stage the truth surfaced, but after some time the dissatisfied customer changed her review, correcting it in a really drastic way:

A SIM card was found in the new phone, the store explained that it was used for verification. We checked the serial number on the box and in the phone itself, iPhone not previously activated.

Frankly speaking, SIM card in iPhone not used for verification. I don’t know why they lied to the CSN, because there is nothing shameful in its presence in the smartphone slot, in principle. It is installed there from the factory, because these are iPhones intended for AT&T retail operators. Therefore, it is possible that in the USA they will not work with other SIM cards, but in other countries there should be no restrictions. We talked about how it works in more detail here. At the time of purchase, the same iPhone was not activated.

Obviously, the store carried out a check, found out that the device was American and could indeed have AT&T SIM card. However, the iPhone itself was not used. At least for the reason that it was not activated. This is evidenced by the screenshot Apple Check Coverage website, which the buyer attached to the review, apparently forgetting to gloss over the serial number. This allowed me check iPhone on one’s own. So the fact that the buyer managed to find the first owner of her device, she definitely came up with. But let’s put it down to nerves.

I ran through the serial number that is in the review through the same Apple site and found that iPhone has been activated just 4 days ago – January 21 – the day before the review was written. That is, the buyer was actually lucky, because she got a non-activated sample. But CSN, as we already know, activates some devices at the stage of purchase, obviously, fearing blocking by the manufacturer.

Is it possible to return the iPhone to the DNS I can imagine what a scandal would have been if that iPhone had been activated a few months before the sale. So just in the CSN would not get off

Everything would be fine, but it is the preliminary activation that can cause serious problems for the trading network in the future. Well, think for yourself: the person who bought iPhone in CSN, will find a SIM card there. And it’s good if the smartphone has not been activated. What if there was? Checking iPhone on Apple website will show that it was activated, say, a few months ago, and for many this can be a real argument in favor of suggesting that a used smartphone was slipped on them.

What to do in such situations is an open question. From Apple’s point of view, such an iPhone will no longer be considered new. But Apple no longer works in Russia, and Russian legislation does not know such subtleties as smartphone activation. However, the fact that the smartphone will be listed on the Check Coverage website as a used one can become an objective basis for the court to find the seller guilty and oblige him to reimburse the buyer’s costs.